As a historic, more established area, many of the properties located in the Village Business District are fully improved with the infrastructure and utilities adjacent or close to the sites. The Village mixed use concepts make it a prime choice for either retail or light industrial opportunities.

The primary purpose of this corporation is to recognize and fulfill the unique and varied economic interests and needs of Apple Valley Village property owners through its mission. 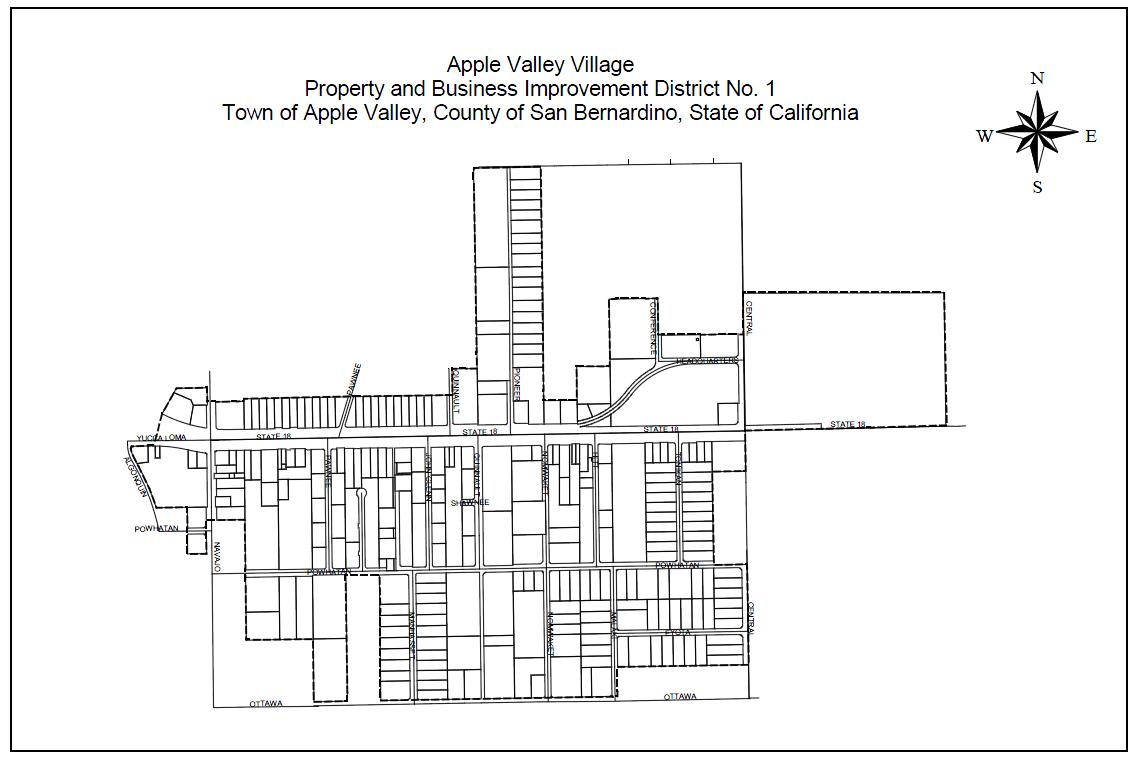 From 2009 to 2015, AV PBID worked with California Department of Transportation (CalTrans), the Town of Apple Valley, and Merrill-Johnson Engineering to develop conceptual design, obtain project approval, and compete median improvements with desert friendly landscaping from Navajo Road East to Central Road.  This project was the first in a series of projects targeted toward improving the aesthetics and conditions of roadways within the Village.

In 2018, the John Glenn Road improvements were completed and were celebrated during the ribbon cutting at the Happy Trails Parade and Street Fair in October.

In 2020, Town’s End “The Market” opened as the only certified farmer’s market in Apple Valley and more than 6,000 visitors visit the market every week.

Construction of the Town’s End distillery and restaurant are underway and slated to open towards the end of 2020.

The second phase of improvements planned along Outer Highway 18 include asphalt replacement and adding planters in dirt areas.